Permalink Reply by ArtistLaura on December 27, 2019 at 12:30pm
Ashville, NC, 9-6-98 -
Wife's religious perspective doesn't embrace his.
Abe says:"We are teaching the precise message of Christ. There is nothing that you've heard from us that he was not speaking when he was here. It is identical energy."
...And later it says "...If Esther were today to break it down in more definitions than just the word Abraham, she would be saying in response to our blocks of thought: We are collective consciousness.
We are beings from non-physical perspective that have been projecting ourselves into the physical realm from the beginning of time.
We are part of that which – as are all of you - which was instrumental in creating the planet to begin with, and we have been very interested, from a specific perspective, in assisting mankind to understand who he is and why he is here.
And we have been doing this for as long as man has been asking which puts us at the root of all asking."

Permalink Reply by ArtistLaura on December 30, 2019 at 10:11am
there is something that you have to do, resist the temptation to do it under duress.
Ask yourself "What's the worst thing that would happen if I didn't do this?"
If you can get away with not doing it at all, don't do it! Imagine what would it feel like to have it done.
Spend a day or two, if you can, just 15 minutes here, 5 minutes here, 2 minutes here, and here, and here imagining it completed in a way that pleases you!
The next time you decide that you're going to take action about it, the action is going to be a whole lot easier.
AZ, 4-5-98

Permalink Reply by ArtistLaura on January 11, 2020 at 6:26pm
We are always in you.
Guest. Are you ever in me?
Abe. We are always in you.
Guest. Oh, you are. I thought so. Do you see through my eyes?
Abe. Always. When they're open especially. (laughter)
Guest. Well, are you, are you, All That Is?
Abe. Are we all that all that is? Certainly not.
All that is more than we are. But we are a part of all that is.
Abraham-Hicks 9-6-98 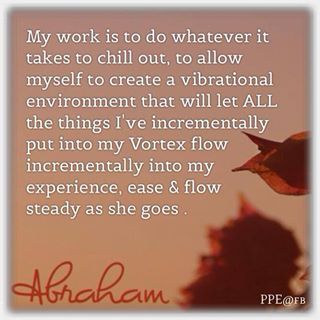 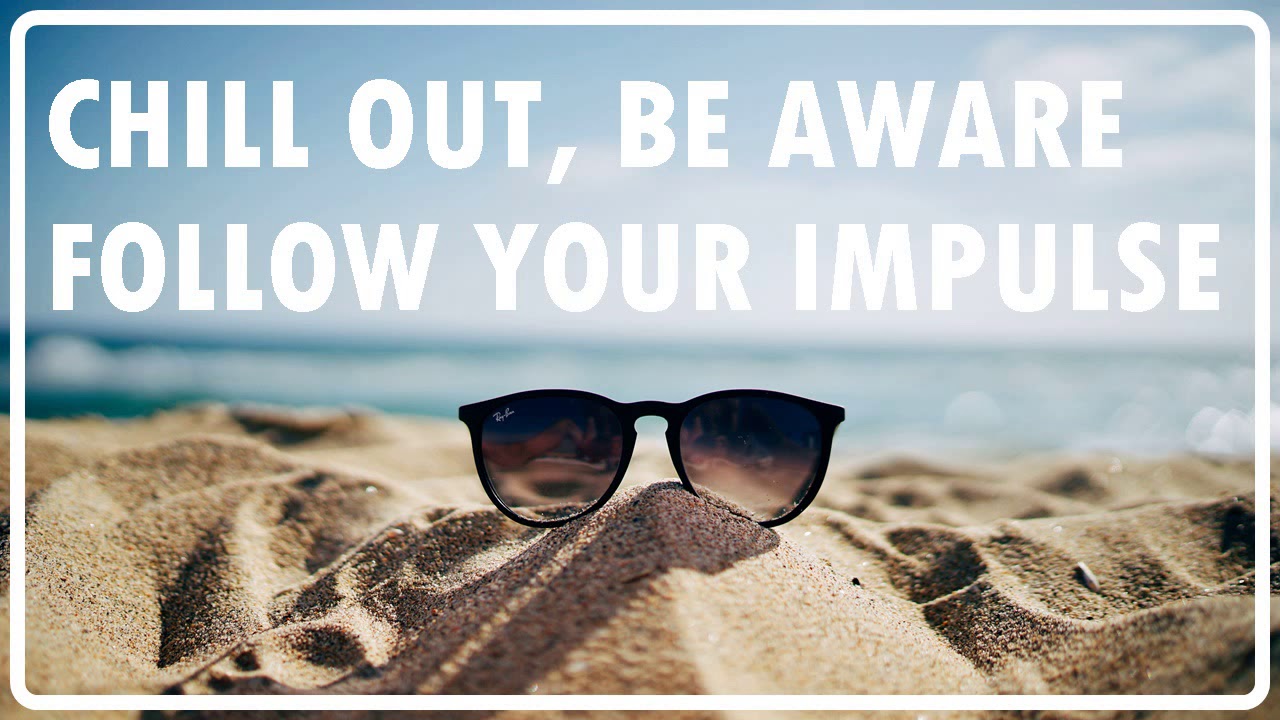 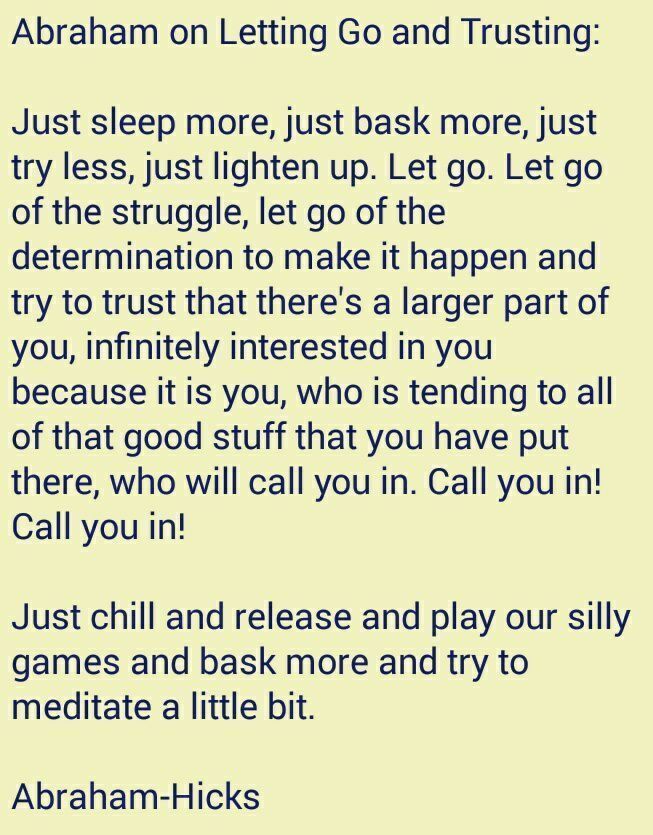 Permalink Reply by ArtistLaura on January 15, 2020 at 8:06am
Abe. Yes, yes. (Laughter) It's sort of like that. In other words we
have to say to you, you see the thing that is confusing about that topic
is that as physical humans who are counting yourself in clumps,
you keep thinking it is one clump of flesh and one clump of non physical energy
and it is not that way at all. It's a stream of non physical energy.
Can you get any idea of the non physical energy that is focused here with you right now?!
We don't have to wait around for a baby to be born to participate within your experience.
We can view your physical experience through any of you.
Some of the clearest views we get are through frogs! (Laughter)

Permalink Reply by ArtistLaura on February 13, 2020 at 3:34pm
Do you know what a book of Positive Aspects is? It is a calibration to the
best of someone or something. When you make a list of positive aspects about
a person or about a hotel or about a city or about a country or a world..
When you make a list of positive aspects you are deliberately calibrating to
the way your Source sees it, which means you are lighted up that way and
your environment has to show you that, you see! 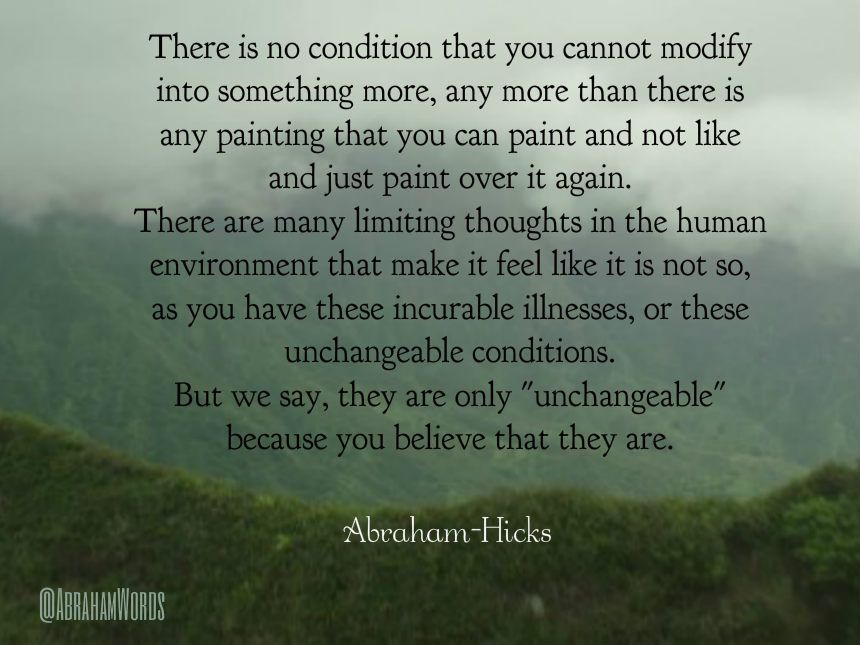 “Once you expect something it will come.”