Thanks, for your sense of adventure! :O)


Well, yesterday, I attended my first Sunday service at a Unity church. The people were soooo cool! :D

It's funny, I had a little email chat with my Judy, my good friend @ PI, whose own experiences had been with the Unitarian church. Their reputation is also very cool. But, I understand that their focus is on peace between the various lines of thought about what Divinity is. Unity's a bit better known for its focus on things along the line of Law Of Attraction.

My mother, a staunch Catholic, has been receiving DAILY WORD (a tiny devotional magazine from Unity, featuring biblical quotes and positive reflections) for over a decade. So, I was familiar with the entity. And, one of my good friends from the Law Of Attraction Meetups @ San Antonio, Texas, where I'm living now, goes to that church. However, what got me thinking, I'm looking up their location & going, was some advice given in an amazing blog called FAYE'S CAVE.

Without going into unnecessary detail, here's how Faye Kane describes her own reputation: "They call me the recursively enumerated, insufficiently remunerated, double data rated, triple X-rated, psycho, active, psychoactive, hyperbolic, hypergolic, St. Vitus' dancin', pull down her pants and low class, kiss my ass, underemployed, overjoyed, masterpiece-makin', masturbatin', window ledge over-the-edge, screwy, chiral, downward-spiral, ass upended, fair-weather-friended, 'puter freq girl geek." She also calls herself an "idiot savant," a "homeless bumstress" and a "smart-mouth smartass." Faye doesn't need subscribers, so I'm not including a link. (You can use Google, if you're intrigued.) However, I do want to give her credit for her positive influence in my life.

I was intrigued by her amazing level of self-acceptance!

And, I was moved by her advice to a young fellow who had all but given up on the idea of connecting with girls. She basically told him to stop thinking a girl would be doing him a favor by being with him--that all a girl is is another mammal whom he can satisfy. And, that the Unity church is a great place to meet girls sane enough to realize this!

Again, I want to point out to anyone considering checking out FAYE'S CAVE, that she's a fan of pornography and really extreme sado-masochism (In other words, she enjoys attracting violent painful experiences). I feel she's a font of wisdom, though I don't, by a long shot, always agree with her. Her views on violence have really helped me rethink a lot of old presuppositions, however. And, she has definitely got a sweet loving side, as well.

I was amazed at what she said about Unity! I was aware that they preached about freedom and self-acceptance, but to read something like that from such a source was such a release for me. I've always felt that socializing with others around spirituality required more acceptance for sexual curiosity than I've ever felt in a church. 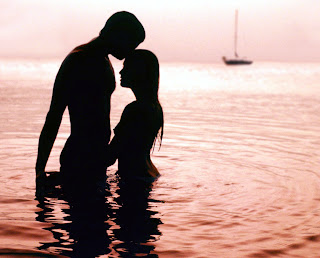 Not that this needed to be the topic of discussions, or anything, but I just wanted to feel that it was okay for me to be a sexual being with whatever experiences and desires I had and to know others had them and that no one was presuming anyone was less than good because of them.

I so enjoyed the service! I really loved it that a woman was presiding! And, there were flowers. And, there were beautiful scenes projected onto the wall of the stage. The stained glass was gorgeous & suggested sunbeams & the planets of the solar system. There were sacred songs! A live band! And, everything was life affirming. About how we are all awesome, and life is something to enjoy, and abundance is what's natural. :D

I see myself discovering more, feeling at home, and making an awesome contribution!

&, I see you enjoying the fulfillment of your heart's desire! :O)

Thanks, for finding me! :O)

I truly admire your wisdom, Faye, & am honored to have had you over @ my blog. Please feel free to check my earlier stuff & to drop in any time to discuss matters @ your heart's content.

Again, thank you, for your sense of adventure! :O)

Answers--where to start, right? But, I certainly appreciate your willingness to ask that ancient, "What's it all about," Christine.

As sure as I believe there's a heaven above, Alfie,
I know there's something much more,
Something even non-believers can believe in.
I believe in love, Alfie.
Without true love we just exist, Alfie. . . .

--From the song ALFIE by Burt Bacharach & Hal David

Comment by Christine on September 28, 2009 at 5:58pm
LOL--my first thought after reading this was "no way am I going to comment on this--except to say that I'm glad that you went to church!"

I find myself in the odd position of having made friends with a family of Jehovah's Witnesses. And we aim to have a Bible Study every week. (usually ends up being more like every other week) And I have been searching for reasons why I believe what I believe. (and NOT being that it was what I was always told)

Then there is my church. I am torn--whether to leave or to stay. There are reasons for both. But I am happy to report that on Sunday I learned that I was not alone in my feelings--and that there is a place on the church's website to take a survey--and give my feedback. (one of my favorite things LOL)

And then last--but certainly not least--there is being both a Christian and a believer in LOA. I know I am not alone--but I do believe that I am in the minority. But--as you know--I can't entirely reconcile the two. This is included in both my searching and my Letters to the Universe.

And--that--I do believe is all that I will say on the subject!!!

Comment by Surry on September 28, 2009 at 3:15pm
Yes Giovani I do have a lot of time on my hands. That's the deal with transitions isn't it. Time and more time. I'm using my time wisely. TO some sense. I suppose the time on i'm hands i'm using to perfect LOA. You do sound like a very busy gent filled with an active life. That's awesome. Next week I'll be getting my camera. And that's when the fun will begin. After all there are those scholarships i'll be applying to with the use of my camera.

It's either that...or i'm making sure EVERYONE knows my name. : )

You're right, of course, that I'll do fine without any particular person's reassurance. But, those words of acceptance most certainly feel good! :D

I've had way too much "in mind" not to appreciate my "out of my mind" time a whole lot, as you obviously (and wonderfully) do, Surry! Glad the picture gave you a lift, too!

Comment by Surry on September 28, 2009 at 2:20pm
We are all sexual beings. And that's okay Giovani! (you really didn't need me to reassure you did you?) Why we all have urges needed to be satisfied no matter how crazy, wierd or "are you out of your mind" the ways are to satisfy the urges. I know personally I intend to be weird to "are you out of your mind." I like the sounds of this faye lady. I will actually look her up.

And Giovani I'm in LOVE with your picture of the couple in the water. It's so romantic and perfect. The love is so sensual so caring. Despite they are naked, the kiss generates a feeling of unconditional love. I like that!