Aloha! As some of you are aware, I'm streamlining my admin duties by relocating our Master Mind Alliances to the iLearn in Freedom Network. If you'd like to continue to follow along for support and learning, please join the members of our Unofficial 11 Forgotten Laws group at YES! Young (and Young@Heart) Entrepreneurs School: http://ilearninfreedom.ning.com/group/yes

N.B. The iLearn in Freedom Network moved to Facebook when Ning changed its payment policies: http://facebook.com/iLearninFreedom

Thank you ALL once & again for the friendship and good vibes you send our way every day!!

Relaunch of "The Science of Getting Rich" program with Bob Proctor and Alex Mandossian Click HERE to listen to archived recording.

Napoleon Hill and The Master Mind Alliance In 1937 Hill elaborated his success formula in his most famous work, Think and Grow Rich, which is still in print, in several versions, and has sold more than thirty million copies. In 1960, Hill published an abridged version of the book, which for years was the only one generally available. In 2004, Ross Cornwell published Think and Grow Rich!: The Original Version, Restored and Revised, which restored the book to its original form, with slight revisions, and added the first comprehensive endnotes, index, and appendix the book had ever contained. (The Cornwell-Hill "collaboration" resulted from the former's service as editor-in-chief of "Think & Grow Rich Newsletter," published for the Napoleon Hill Foundation.) Hill is also credited with coining the phrase 'Master Mind' (more commonly, Mastermind).

The 'Master Mind' may be defined as: “coordination of knowledge and effort in a spirit of harmony, between two or more people, for the attainment of a definite purpose.” In Think and Grow Rich, Hill discusses his creation of Master Mind groups and how these groups could multiply an individual's brain power and continually motivate positive emotions. However, the Master Mind was a deeper and more powerful connection than mere synergetic cooperation would suggest, and requires an understanding of Hill's belief's about the brain and the nature of energy (particularly thought energy) within Thomas Edison's cosmological understanding of matter and energy.

Hill states there are two characteristics of the Master Mind principle; one is economic, the other psychic. Economic advantages arise from sharing and cooperation with others. As to the other, Hill states: "No two minds ever come together without, thereby, creating a third, invisible, intangible force which may be likened to a third mind." He believed that the human mind is a form of energy, part of it spiritual in nature. He states that when the minds of two people are coordinated in a spirit of harmony, the spiritual units of energy of each mind form an affinity, which constitutes the "psychic" phase of the Master Mind.

For his development of the Master Mind concept and other principles of success, Hill was awarded an honorary doctor of literature degree (LittD) by Pacific International University. The Litt.D. is awarded for an original contribution (or contributions) of special excellence to linguistics, literary, philosophical, social or historical knowledge.

This reply was deleted.
E-mail me when people leave their comments –
Follow 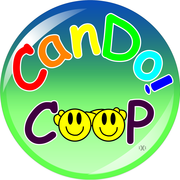 12 JAN 2009-Session 2, Law of Supply12 Secret Steps to Manifesting Our Dreams! by Penne ArdGet your own Virtual Classroom

Working With the Law: 12 Secret Steps to Manifesting Our Dreams!

05 JAN 2009-Session 1, Working With the Law12 Secret Steps to Manifesting Our Dreams! by Penne ArdGet your own Virtual Classroom