0
Lightworker's, this is your place for collaboration,learning, sharing and uniting for the higher good of all!
233 Members THE HEALING OF LIGHT WORKERS
"A man who can do everything fully consciously becomes a luminous phenomenon. He is all light, and his whole life is full of fragrance and flowers. The mechanical man lives in dark holes, dirty holes. He does not know the world of light; he is like a blind man. The man of watchfulness is really the man who has eyes." ~Osho Please check us out at Insight Incites Change

First Previous of 128 Next
This reply was deleted. As time speeds up to match the frequency of the evolving paradigm of light. It's time to get your support and alignment tools working for you. Please check out the Arcturian energy video below; align with your heritage with the light. Namaste, DaveArcturian Energy Alignment 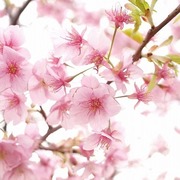 A book for light workers if you are interested.I discovered it from this link about healing children and family with love.Reviews of this book if you are interested, scroll down to reviews.Very captivating book that explains how to give and receive love. Living on loveThe spirit of ma'at magazine reviewPI members reviews New link that workshttp://livingonlove.com/read/messenger.htmlScroll down to love instructions~happy experimenting

I have seen 11 11 for over 12 years my life has been a lving hell as of late so sick and blah, blah so what the hell does this mean for me what the angels are observing, but not helping me through this the end does not jusitfy the means I did not need to learn lessons the hard way my body is in such constant physical pain I gave up being a lightworkercause I need healing waht the heck does 11 11 mean in this situation?

I have a lens onLaw of Attraction. Please stop by and see it!