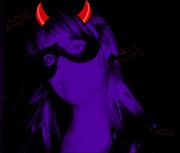 "I'm grateful I can breathe out of my nose today!

I am grateful for the warmer weather.

I am grateful for a relaxing sunday.

I am grateful for the new people I met this weekend.

I am grateful for my home, cars, computers, internet and all the…"

"I am grateful for a great Parawomen radio show (with an exclusive promised to us next week)!

I am grateful it's Friday!

I am grateful for the invites to places I want to go.

I am grateful for my family who support me.

I am grateful for my…"

"I am grateful for the quiet time I spent last night realigning myself.

I am grateful I didn't have to go to the doctor (he just recalled my scripts in).

I am grateful I made it to the morning show today.

I am grateful we have great guests on both…"

"I am grateful for a schedule that can be juggled so that I can rest and get well.

I am grateful for a co/host that understands that getting well is needed and a must.

I am grateful for medication that is speeding up my recovery.

I've applied for a new Reality show Casting! It's of course a paranormal show. In keeping with my TV dreams I thought i'd turn my boat and just ride the river on this one:) I would really love your vote! You don't have to join, just click…"

I am an Actress and Radio Host in both Film, Radio, Theatre and Television and earn a complete living that I am comfortable and have more then enough money to live on. Continue to take acting courses that further my talents (and have all the money and means to do so). *The courses are close to me and easily assessable! I travel to NY to attend Joan Baker's Voice Over class! Have awesome head shots that I am extremely photogenic in (and have all the money and means to do so). Work with talented casting agencies that have my best interest. Have both an agent and a PR person that has my best interest. My bank account increases daily, I work at Having 1 million dollars (or more) in my bank account by the end of the year. Become and BE healthy and fit and a perfect size 8 through eating healthy and exercise. Be Migraine FREE! Live in my dream home near Metro Detroit (*see my dream home in my photo's). It is a cobblestone home that is big enough to house my husband and I and all our animals (and has 2 or more full bathrooms)! Travel the World and get paid for it. The Universe continues to put me in contact with the right people at the right time so that I am exposed via press and media. Maintain a healthy and loving marriage with Ian!! ParaWomen Radio is picked up by major networks (Either FM or Satellite) and get paid to do the radio show that has a producer. I am asked to speak at 6 or more paranormal conferences in 2009 that I get paid to do and have wonderful experiences at. Have enough money for a tummy tuck, breast lift, and fillers (and whatever other cosmetic surgery I want). Attend the Canes Film Festival, Sundance Film Festival, The Golden Globes and the Oscars (as a nominated actress). Continue to have Unexpected delights, I want to be excited with life and I love unexpected delights!!!!

Amy Williamson has been interested in the Paranormal from an early age, but began to formally research it at the age of 16! From the haunted mind of Amy Williamson sprung The League Of Extraordinary Paranormal Women, and in 2007 she co-founded it as well as ParaWomen Radio. In 2005, Amy formed the paranormal investigation group, Haunted Hillsdale (and in 2009 Haunted Hill Radio sprung forth)! At the same time she created Haunted Hillsdale, she began filming a documentary in which she profiles paranormal and supernatural activity that is investigated by women across the USA. Known as the "Scream Queen" in certain circles, Amy enjoys acting and has appeared on The Midnight Hour and Nightmare SINema and has recently signed on with an International Talent Agency! With a Bachelors of Art Degree in Sociology and a minor in Psychology/Communications, Amy has maintained a career working with Women in the Social Services field for over 15 years. Amy proudly states that she is a social worker to the living by day and a social worker to the dead by night!