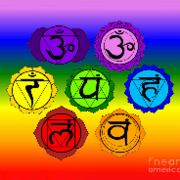 "Haven't seen it, but now that you have mentioned that it has these principles, I am intrigued, so I think I might. "

"Hi Patricia, just passing by...how are you? it's been a while, I'm glad you're here, I thought I would enjoy some of your Abe quotes...

"Creating fictional worlds is fun. Back in the 70s, I was an illustrator working with a writer-friend who was composing a Dune inspired saga. It never got completed, but the creativity involved was a high."

"Seth is always fascinating, thanks for sharing these quotes. Especially like 'Consciousness, to be fully free, had to be endowed with unpredictability.""

"Life is good Pat. Actually, it gets better with age.

Good to hear you're still engaged with writing.
Are you working on a book project, or short stories?
By the way, any new and good science fiction out there?"

"Pat, how the heck are you? How's life in SD? I've not been around here much, but thought I would drop by and say hi..."

"Thanks Patra, this is all very interesting/useful... I may have more questions later ;-)"

"Never boring for me, I'm always interested in revisiting the fundamentals in fresh new ways... "

"Wow. The grid is a powerful idea, to create from a fundamental state of allowing, circumventing the potential vibrational quagmire that can come with an attachment to specific goals."

"Just heard of the grid recently, sounds interesting. Where would I find a primer? Perhaps I will check out the resources you've been so helpful to compile and organize..."

"Choosing joy in the face of contrast that can be intimidating is quite a cool trick. But It's something like mastering lucid dreaming, waking within the dream and seeing the illusion for what it is."

"Hi Patra, nice to hear back from you... yes you're right about expansions, I'm surfing the contrast, learning to appreciate it, expansion is the inevitable outcome I expect...."

"Hello Ms Sifter, how are you? You've created a valuable resource here at PI! I don't drop by here as much these days, but thought it's been too long, wanted to say hi..."
More…
Loading ...

of 10 Next
This reply was deleted.

To live my life consistent to my boyhood philosophy: life is a sandbox (and it's fun to build sandcastles, the bigger the better!)

I am fortunate to have been raised in a family that was open and supportive to the LOA concept. My dad introduced me to James Allen's 'As a Man Thinketh', my mom was interested in Christian Science, and my Grandmother introduced me to Jane Roberts' Seth books.