"Wishing you the same from Holland Nina,

Happy New year , full of love, true friends, laughter but above all in good health.

Sincerely yours from Holland, 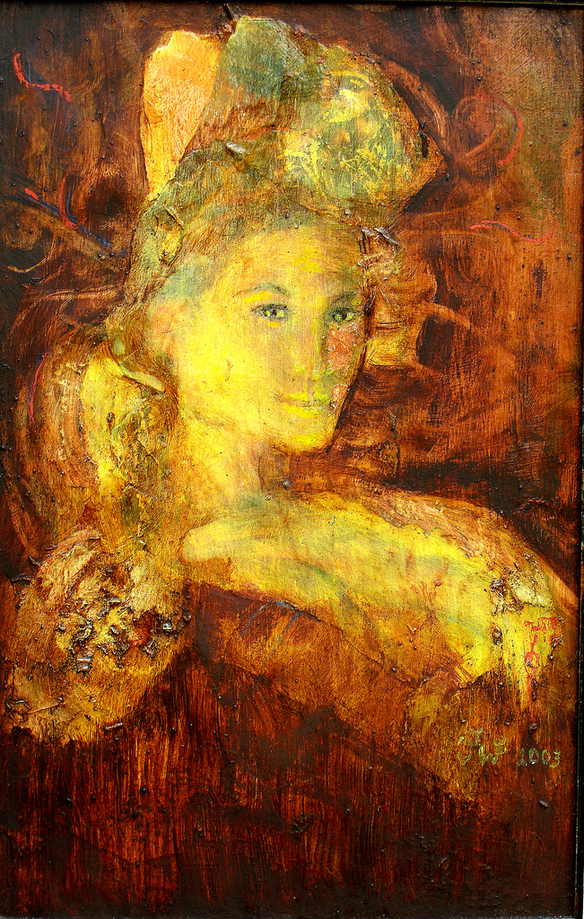 I wish you a fabulous Wednesday!

The artist from Holland,

Very amazing we meet on so many places indeed.
Coïncedence or meant to be?

Wishing you and Marlena a great weekend from Holland,

Thank you for your kind comments; In case you did'nt get an invitation from me here it is:

To accept this friend request, visit:…"

Wishing you all the same in return, so have a fabulous 2009 my friend!

J.W.F. Mertens Date of birth: 14 December 1955 Since 1987: Expressionist Hans Mertens was born a natural artist. As a child he always drew in a silent corner of the room and at primary school he drew heroes like Batman when asked by his friends, which was quite often. Later on he developed his skills at the school of arts in the Netherlands. He graduated in 1991. In the following 5/6 years he took art-classes in which he developed different ways of painting. His work breathes the atmosphere of frescos. He literally layers his paintings with mysteries based on age old legends. The invisible tales of classic mythology are shrouded behind the visible. His work reveals a world that has more and greater dimensions than ours. While keeping the tradition of the mystery alive, his work is both classic and modern. This combination stimulates the fantasy of the beholder. Themes that are repeatedly found in his work are: spiritual subjects, mythology and classic tales woven with poetry. His emotions are captured in his paintings and they often radiate a mysterious atmosphere. From 2005 onwards he paints mainly abstracts. As medium he uses acrylic on panel. His work is characterized by colourful compositions, strong colours and interaction between light and dark. On the 17th of December 2006 he founded "The Ferrara-collective" which resulted in a collaboration between more than 25 international artists all over the world. In 2008 he became the first international artist who was selected to print his paintings on silk in collaboration with www.customposterworks.com in Orlando Florida. Hans Mertens also paints by assignment.