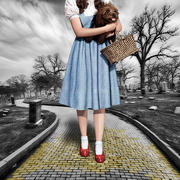 "Look within. Are you feeling good? Are your beliefs changing? That should be a strong indication of whether or not you are attracting your ex back."
More…
Loading ...

To find like minded people to help make the planet just a lttle better than how i found it.

I'm a retired, thin deprived, old hippie looking to live a simpler more abundant life. I spend my time spreading the word of making you first and me second.